(I'm not sure where to put this. I guess here for now, but I'm a-ok with it being moved)

And which ones do you think are the most pleasing to hear? The least pleasing (be nice, though)? And perhaps the most challenging to learn?

I speak Bosnian (my first) which is 99% the same as Croatian and Serbian. English obviously, and learning Spanish and German. I've actually let those slide and I should get back to them, haven't been learning them in two months now. I figured if I learn Spanish and German, along with English, I can speak with half the world

I've got a little Spanish and German, which I am extremely rusty in. One language that surprised me when I heard it was Portuguese. I expected some basardized Spanish until I got to Lisbon and it doesn't sound all that Spanish at all. I find languages to be about as beautiful as the current person speaking them. Sure, German sounds disgusting when Hitler's speaking it but not so much with Heidi Klum.
Top

Portuguese is such an ugly language to me. Almost as ugly as Dutch.
Top

That's interesting; so, if you're speaking to someone who knows Croatian, they'd perfectly understand you, but maybe think, "ah, a Bosnian accent" or something close to that effect?

As for me, English of course, and a bit of Spanish, and a fair amount of Japanese (I went to preschool in Spain, but high school in Japan, so, the Japanese is much more current, lol). And, I actually find that if I want to cut the harshness of whatever I'm saying, I'll try to say it in Spanish. Like the word ugly. I can't stand the word ugly. So, I say it in Spanish (feo), which holds the same meaning, but it sort of softens the blow, I think. Likewise, if I'm trying to establish some level of respect, I turn to Japanese. They have honorable prefixes and suffixes, so, it's quite literally built into the lingo.

I wish I learned French. I love French cinema, so that would have been ideal for me. Or that I was at least more adroit in Spanish. Ah, but what can ya do, you know?

So, French is nice to listen to. And, actually German too; they get a pretty bad rep, but German is a lot softer than people would make it sound (especially when they're teaching you. I knew a guy who tried to teach me a few catchphrases, but he only seemed satisfied on my pronunciation when I was half-attempting-to-hock-a-loogie while repeating the words back to him). The languages I would pick for the least appealing (I'm sorry, in advance) would be the Nordic ones. Swedish, while beautiful when written - umlauts and slashed o's are kind of charming - sounds a bit painful when heard.

You know what other language is pretty when written? Arabic. Talk about some amazing penmanship there.


BabyDragon wrote:Portuguese is such an ugly language to me.

You know, you'd be surprised at how many Brazilians come to Florida on vacation. So much so, I recognize it instantly now when I hear it. The language is okay, but at this point Brazilian women and spandex are becoming the new Germen men with socks and sandals, in terms of tourist fashion faux pas.

Oh, and Korean's kinda pretty. Not too many harsh tones going on there.

I wonder which English dialect sounds the best? American & Canadian English seems so far apart from British, South African, and Australian, so it's hard to gauge which out of the latter I would like the most.
Top

Oh yeah, and I did have a teacher in Japan who said that she and her husband had traveled to Taiwan on vacation, and that even though they didn't know Chinese, she was able to use a lot of the kanji to get around because they're similar/identical to those in Japanese.

Japanese is hard to learn, but a lot of fun to write once you get used to it

sometimesclever wrote:That's interesting; so, if you're speaking to someone who knows Croatian, they'd perfectly understand you, but maybe think, "ah, a Bosnian accent" or something close to that effect?

Yeah something like that. Although some accents inside Bosnia are more different than comparing Bosnian-Croatian.

Serbian is the most different because the words are shorter. We say "mlijeko" and they say "mleko" for milk. Dijete-dete, pjevati-pevati, bijelo-belo...
Top

I speak Arabic the most, because it's my first language. I also use English a lot. I've been trying to learn German like my brother, but I have too much work to do -_-
Life is a comedy to those who think and a tragedy to those who feel.

I speak Spanish and English, but am probably way more fluent in English now. My Spanish feels clunky. I used to know some French, but it's been a while since I last spoke it.

I think Portuguese is such a gorgeous-


BabyDragon wrote:Portuguese is such an ugly language to me. Almost as ugly as Dutch.


What? Sir! How dare you, I slap you with my glove and challenge you to a duel. Ten paces! 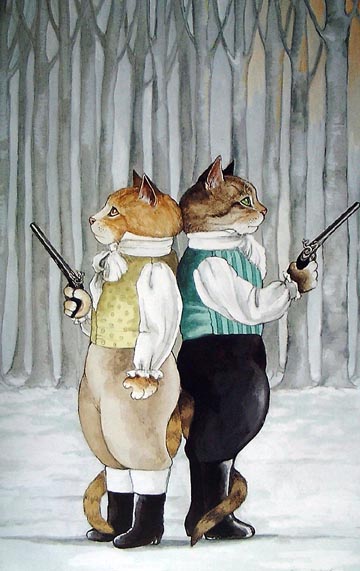 i speak indonesian, it's my first language. the second is english although i rarely use it in daily life. i want to learn german and japanese but i'm too lazy myself :p

As for what languages I speak: Romanian natively, English quite proficiently, a bit of German (I get the structure, have a small vocab, but hope to get better). Plan on learning Swedish in the near future, perhaps when I get into a languages college, which is next autumn.
Top

I'm noticing that there are a lot INFPs that are talented with languages and writing.
Top

Not necessarily true. I've been told I'm very forthright and candid in saying what I have on my mind. Which is why a lot of people hate my guts. :p
Top

Not necessarily true. I've been told I'm very forthright and candid in saying what I have on my mind. Which is why a lot of people hate my guts. :p

then you are the part of the few infps

Return to “The Lounge”

Users browsing this forum: No registered users and 4 guests